Common words and terms used in the lenticular printing and the printing industry. 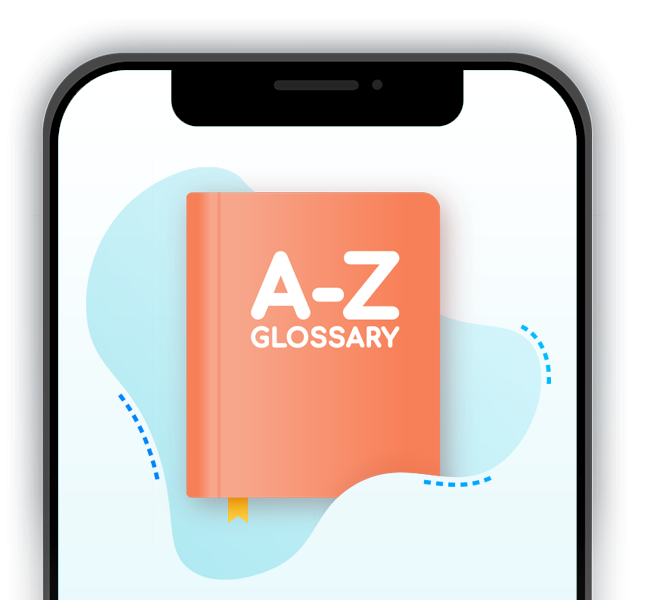 Alignment
The matching up of the image to the lines or lens.

Contrast
The tonal change in color from light to dark. High contrast images can create ghosting in an animated lenticular.

Cross Talk
In an animated lenticular, the intrusion of one frame into the viewing space of another causing a smear in the animation.

Cylinder
An engraved production roll for use in extruding lenticular lens sheet material.

Direct-to-lens
Printing of image is on the lens itself as opposed to printing on paper and then laminating paper to lens.

DPI
Dots per inch. A measure of the resolution of a printed image.

Flip
A lenticular effect that animated between two images.

Focal Plane
In a 3D image, the plane that appears to be most in focus with other planes appearing to be in front or behind it.

Frames
The individual images that when run in sequence, make up a lenticular animation.

Ghosting
In an animated lenticular, the intrusion of one frame into the viewing space of another causing a smear in the animation.

Hologram
A 3D image that is created using lasers. Although they are often confused with lenticular (because both can display depth), they are really two very different products.

Interlacing
The process of striping and arranging printed information to a given pitch to match a lenticular lens.

Lamination
The process of adhering a pre-printed media to the lens sheet. Not applicable in direct to lens process. However, printed lenticular is often laminated to another substrate to add opacity and to allow backside printing.

Large Format
Any lenticular bigger than 26″x 38″. Too big to run through a traditional press, these images are usually digitally printed and hand laminated.

Lens Sheet
A sheet of transparent plastic material that has been extruded, cast or embossed with an array of identical parallel lenses.

Lenticular
A specialized printing process that allows depth, motion or a little of each to be shown in a flat piece of plastic. The effect is created using lenticules in the plastic sheet that serve as a decoder for the image that is printed behind it

Lenticular Manufacturer
A specialized printing process that allows depth, motion or a little of each to be shown in a flat piece of plastic. The effect is created using lenticules in the plastic sheet that serve as a decoder for the image that is printed behind it

Lenticule
A single lens in a lenticular sheet.

LPI
Lenses (or lines) per inch. The smaller the lenses the more will fit within an inch. Smaller lenses allow for less breakup of detail. However, bigger lenses (lower LPI) allow for better delineation between frames.

Morph
A lenticular effect where one image appears to melt into another image. This is done by creating an animation where each frame is successively more like the final frame.

Motion
A lenticular effect that shows movement as the image is turned. This is achieved by using a series of frame that when run in sequence, appear to show movement. Exact same principle as a GIF file for the internet, a movie or a flip book.

Overruns
Or “overs” amount of product beyond actual client order that can be delivered (and charged), usually no more than 3-5%.

Parallax
In a 3D image, the phenomenon where objects in a scene seem to shift relative to one another as the angle of view is changed.

Phase
A discrete frame or channel of a lenticular image.

Photoshop
The most popular software for basic image manipulation.

Proof
A single copy of a lenticular image that is produced to obtain client’s approval. Usually produced digitally.

PSA Backing
Pressure Sensitive Adhesive. This allows the end user to peel off a liner to reveal a sticky back.

Registration
The alignment of the printed image to lenticular sheet.

Source Art
The artwork provided by the client to the lenticular vendor.

Straight Cut
A method of cutting the image out of the sheet using a flat blade instead of a die.

Zoom
A lenticular animation effect that makes the object appear to be getting closer as it animates. Achieved by simply making the image larger in each frame.

Lenticular Design Guidelines So you’ve decided to have us produce your lenticular! Now what? We encourage you to discuss your art and your goals with us.

10 Tips To Achieve a Great Lenticular Image There are certain steps you can take to make your lenticular the best it can be. Use these tips we’ve learned along the way to get started.